SYDNEY, 5 November 2018 – Coomera Anglican College is an independent school founded in 1997 that is operated by the Anglican Diocese of Brisbane. It consists of a Primary School, Junior Secondary School, Senior Secondary School, and Early Learning Centre on the same campus. Recently the College decided to install Epson laser projectors for their future-focused, new Imaginarium 360-degree immersive learning environment, a part of their new building, The Pod, which opened earlier this year.

Coomera Anglican College IT Services Manager, Darryl Hall explained, “When the College made the decision to construct a 360-degree theatre a tender process was undertaken in which local SI company, 5th Corner won the opportunity. After consultation with 5th Corner they recommended the EB-L1300UNL as there wasn’t another projector on the market that could meet the needs and requirements of this project.”

Not only did the EB-L1300UNL meet the College’s requirements but its functionality also impressed the team there. Hall continued, “The College has invested a lot of money into this facility and the last thing we need is unreliable projectors. If the facility starts to become unreliable it will then have a knock-on effect with our staff who will start to lose confidence in the technology and stop using the facility. Epson are recognised leaders in projection technology at this level so it was a very easy decision to go with this brand. Impressively, after installation Epson came onsite to visit with a projector engineer to ensure that all colour and white levels were adjusted uniformly across all six EB-L1300UNL projectors. The service experienced from Epson, also validates the College decision to select Epson for this project” 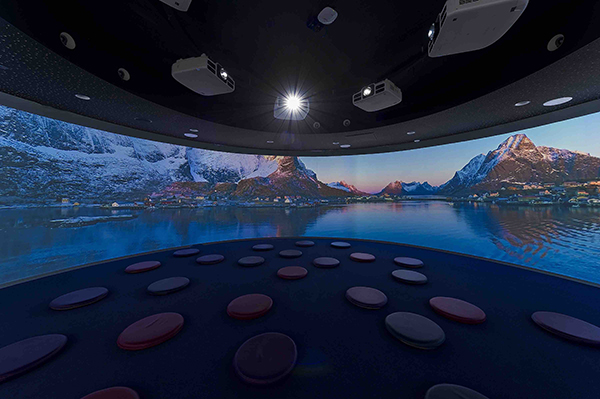 The EB-L1300UNL laser projectors are mounted onto a circular steel metal frame in the centre of the theatre and are used to project a 11520 x 1080 image onto the walls in a full 360-degree circular room. The room measures 9 metres in diameter and the walls have been painted with a specialised low reflection paint. Used in conjunction with ImmersaView’s SimVisual software the projector images are then warped and blended resulting in a seamless 360-degree image across the curved walls.

Hall added, “Of all the technology used in the Imaginarium the projectors have so far proven themselves to be the most reliable. This alone to me proves that they are of an extremely high standard of quality and I highly rate them. Their image quality has been faultless and overall we are extremely satisfied by the end result.” 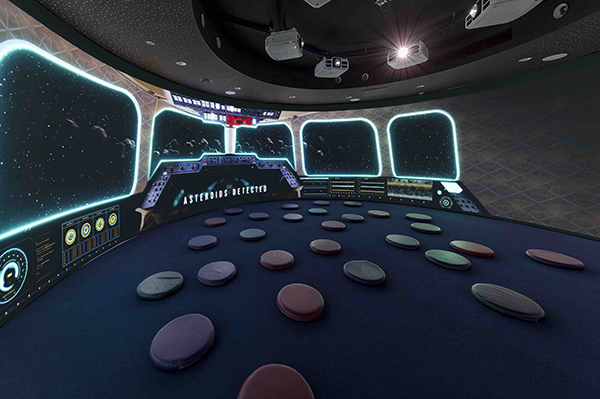 Coomera Anglican College has plans to build and implement a secondary technology-focussed building for which Darry Hall concluded, “Given the excellent experiences of the product and service we’ve had to date, I’m sure Epson will be at the top of our list when it comes to projection decision making for the new building.”