The new models feature a significant number of enhancements that enable superior quality production with simpler, faster and more efficient operation. Brighter and glossier prints are produced using less ink and power and production speeds have been increased while drying times have been reduced. Job turnaround is also faster and there is enhanced reliability and reduced maintenance on all three models.

All three S-series models feature the latest PrecisionCore print heads and use new UltraChrome GS3 Eco-Solvent ink. The heads support resolutions up to 1440x1440dpi and are driven with Epson Precision Dot Technology for better imaging. The heads provide enhanced durability and are self-cleaning whilst the ink has been formulated for an enhanced gamut range with significantly higher gloss levels and faster drying. The ink also features a higher pigment density for brighter prints with enhanced depth using less consumption. 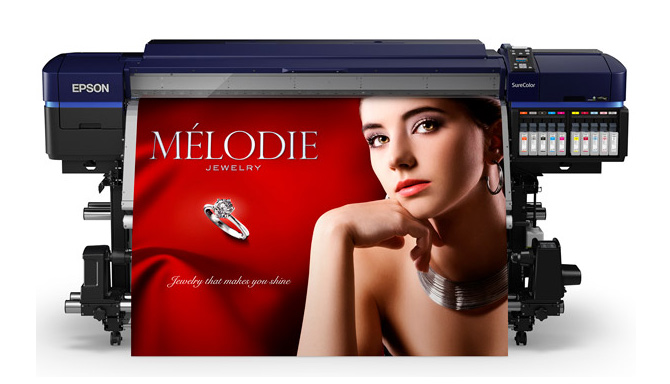 General Manager, Business Division, Epson Australia Craig Heckenberg said, “The new S-Series represents the culmination of over three years work which commenced with extensive customer surveys and functional analysis. Our engineers made significant technical improvements while the design team made extensive operational enhancements. As a result we have not only increased performance and print quality, but also productivity and reliability. So jobs are quicker to complete, machines are easier to operate and require less user maintenance.”

Loading, set-up and management have all been improved on the new S-Series and all models support rolls up to 45kg which can be loaded by a single operator complete with Auto Skew Correction. Auto Media Set-up enables faster and more accurate configuration with spot jobs able to be completed up to 45% faster and a new Epson Control Dashboard application enables easier control while providing access to downloadable media settings, user guides and operator tutorials. A new see-through cover also enables easier print monitoring complete with a platen light.

The new SureColor S-Series has been specifically designed to provide consistent and reliable operation with reduced maintenance. To that end a new Printhead Guard provides protection against head crashes while collecting any dust and fluff that may be carried by media. There is also a new Air Circulation System which reduces static build-up while removing airborne dust and ink droplets. A new Fabric Wiper automatically engages as required to ensure that printheads and the headguard are kept clean and operating at maximum performance. All in all these technologies combine to enable better print quality, reduced wastage, and a 50% reduction in maintenance and cleaning. 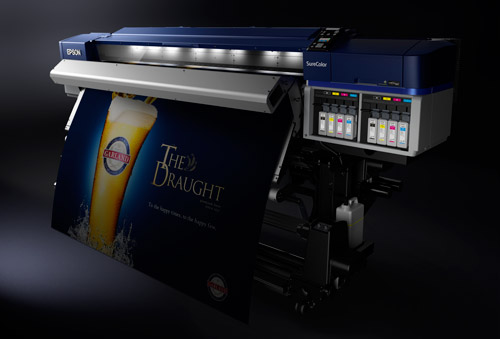 The new SureColor SC-S40600, SC-S60600 and SC-S80600 are backed with a ‘head-n-all’ one year on-site warranty. Cover can be extended using flexible, comprehensive and cost-effective Epson CoverPlus packages up to as long as five years.

More detail on some of the key features
The following new features enhance reliability, productivity and quality, including: