Hawkes Bay man is NZ’s photographer of the year

Hawkes Bay man is NZ’s photographer of the year 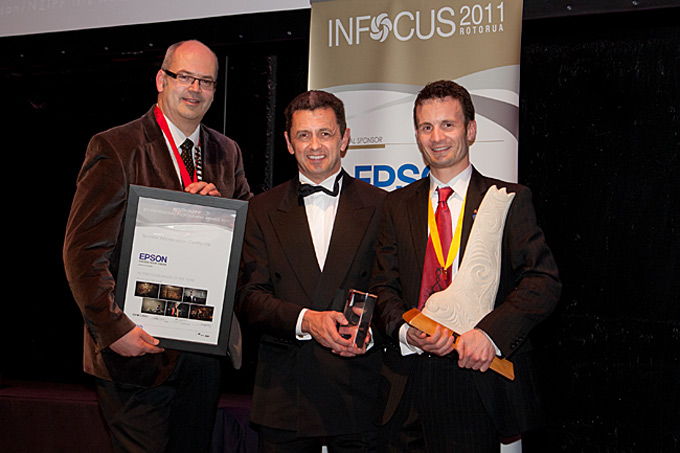 A finalist last year and the 2010 Central Districts Photographer of the Year, Richard says, "I am about evoking not only a scene, but the feeling of the invisibilities, mysteries, emotions and passion beneath its surface." His works sells throughout NZ and as far afield as the USA.

Besides winning the supreme award, Richard also picked up the award for the creative portrait category.

His unique work is reputedly sought and published extensively throughout New Zealand and can also be found on supermarket shelves and magazines as far as the USA. Richard is also a sought after photographer for Hawke's Bay, New Zealand and International weddings..

NZIPP’s Honours Chair Kaye Davis said that this year’s entries contained a lot more imagery that is visually simpler, cleaner and less cluttered. “The judges are looking for consistency, quality, technical execution and command of the craft of image making.”

She said that the winners showed superior levels of photographic practice that made them stand out from other photographers.

This year’s Epson Institute of Professional Photography Awards attracted over 900 entries from professional photographers in New Zealand and overseas.

“Each year I am amazed at the creativity and professionalism of the award entrants,” said NZIPP President Craig Robertson. “These photographers continue to push their own creative boundaries and this filters down to their day to day work putting them at the leading edge of the profession. The entries we’ve seen this year nudge us into the realm of fine art as we see image making and communication through the medium of photography.”

Organised by the NZIPP for more than 30 years, these annual awards celebrate the excellence of New Zealand’s professional photographers, providing a platform for recognition within the industry and the wider public. The 2011 awards attracted 934 entries with the largest numbers occurring in the landscape, portrait, wedding and student categories.