SYDNEY, 14 October 2021 – After an exhaustive assessment and evaluation process, Epson has been named the Forbes JAPAN Number 1 sustainable company. 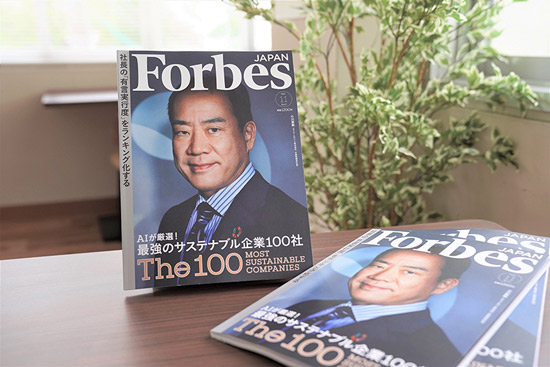 Sustainability has played a major part in Epson’s corporate approach and philosophy for some time with the company achieving and further targeting some major milestones in this area.

Notably Epson recently revised its 10-year long-term vision to include a definitive commitment to developing technology that significantly contributes to the environment and a long-term perspective that creates sustainable value.

Epson also recently embarked on a campaign with National Geographic entitled, “Turn Down the Heat” where they engaged with Professor Katey Walter Anthony, her research on the Arctic warming and the effects of melting permafrost ice on the speed of global warming. As part of the campaign Katey uses Epson’s innovative inkjet printers whose Heat-Free Technology uses up to 94% less energy1 and power than comparable laser printers.

Earlier this year Epson announced it will be joining RE100, a global initiative that brings together the world’s most influential businesses driving the transition to 100% renewable electricity.

The company also announced that its worldwide group sites will all meet their electricity needs from 100% renewable energy sources (renewable electricity) by 2023.

With growing global interest in societal issues such as the environment and energy, Epson established its Environmental Vision 2050 to express its commitment to environmental management, and subsequently rolled out various measures aimed at achieving this.

The Paris Agreement subsequently established decarbonisation targets, and Epson created a scenario to achieve by FY2025 science-based targets aimed at achieving these goals. This scenario included the use of renewable electricity as an important theme, and Epson made plans and implemented measures to expand its use over the long term.

The company has established its policy as it seeks to accelerate its plans to become a leading environmental company, and with the belief that climate change represents a serious corporate risk and that Epson must play a greater role in mitigating that risk as it rolls out its business worldwide.

1Epson saves up to 94% energy used while printing comparing the Epson WorkForce Pro WF-C878RTC model with 64 competitive laser devices in the Australian 21 to 44ppm A3 colour MFD segment as at 1 July 2021. For A4 colour MFPs the saving is up to 96% when comparing the Epson WorkForce Pro WF-C579R model with 54 competitive laser devices.